Do people staying in Department of Mental Health (DMH) programs (residential programs, DMH beds in respite, etc.) have a right to their personal belongings?The short answer is, ‘Yes.’ 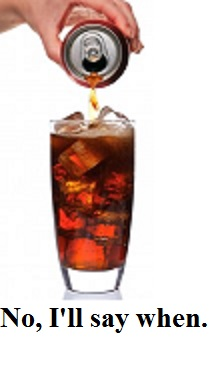 Nonetheless, we’ve heard multiple stories of people losing access (or having access substantially limited) to their personal belongings in the last week alone. When we hear these sorts of complaints, the two most frequent justifications that programs have offered include:

To many of us, it seems obvious that adults have a right to their own personal property, even when others feel they have ‘misbehaved’ in some way or are doing something that does not represent the best judgment. Fortunately, that perspective is also supported on paper and in law, too.
In the Department of Mental Health Human Rights Handbook, it clearly states the following:
“Every client has the right to his/her own possessions, barring a threat to client safety.
Massachusetts law affords clients the right to keep and use their own personal possessions, including toilet articles, and to have access to client storage spaces for private use.”
(www.mass.gov/eohhs/docs/dmh/publications/human-rights-handbook.pdf Page 34)

That statement in the DMH handbook is footnoted as having been drawn from Massachusetts General Law Chapter 123, Section 23 which reads:

“… a mentally ill person in the care of the department shall have the following legal and civil rights: to wear his own clothes, to keep and use his own personal possessions including toilet articles, to keep and be allowed to spend a reasonable sum of his own money for canteen expenses and small purchases, to have access to individual storage space for his private use, to refuse shock treatment, to refuse lobotomy, and any other rights specified in the regulations of the department; provided, however, that any of these rights may be denied for good cause by the superintendent or his designee and a statement of the reasons for any such denial entered in the treatment record of such person.” (www.malegislature.gov/Laws/GeneralLaws/PartI/TitleXVII/Chapter123/Section23 )

to read the rest of this article, click “read more” below

Some people have reportedly excused restrictions based on the “threat to client safety” or ‘denied for good cause’ caveats noted above. However, this sort of ‘threat’ or ‘good cause’ is meant to refer to a threat of immediate and irreparable harm or illegal activity directly related to the item in question. It is not intended to refer to a general concern that use of a certain possession is not good for someone’s health or that loss of the belonging may lead to some sort of desired behavioral change. (A good rule of thumb to ask one’s self in these sorts of situations is: “If I were doing this in my own home, would anyone have the right to come take this particular possession away from me, regardless of how worried they were?”)

Restrictions in accessing personal belongings also seem to commonly occur when an employee has agreed to store an item for someone staying in the space. In other words, an individual voluntarily asks an employee to store their item to keep it safe and out of the hands of others. Upon agreeing to store that item, the employee also then decides to restrict access to the item for ‘health’ or other reasons. However, as noted above, having “access to individual storage space for… private use” is also a legal right and does not empower an employee to then restrict access.

Finally, another common way to excuse taking people’s possessions away is that they agreed to the rules of the program when they entered and signed the contract. This statement is often further justified because most programs are considered “voluntary.” Indeed, there are a number of different sorts of contracts out there. When something is presented as an ‘either/or’ situation and is non-negotiable, it is legally considered to be an “adhesion contract.” Adhesion contracts are described by the Legal On-line Dictionary as follows:

“Adhesion Contracts Adhesion contracts are those that are drafted by the party who has the greater bargaining advantage, providing the weaker party with only the opportunity to adhere to (i.e., to accept) the contract or to reject it. (These types of contract are often described by the saying “Take it or leave it.”) They are frequently employed because most businesses could not transact business if it were necessary to negotiate all of the terms of every contract. Not all adhesion contracts are unconscionable, as the terms of such contracts do not necessarily exploit the party who assents to the contract. Courts, however, often refuse to enforce contracts of adhesion on the grounds that a true meeting of the minds never existed, or that there was no acceptance of the offer because the purchaser actually had no choice in the bargain.” (www.legal-dictionary.thefreedictionary.com/Discharge+of+Contracts)

As many of us know, although DMH residential programs for adults are generally considered to be ‘voluntary,’ few people who enter them are in a position to have any choice in the matter. They are typically not given a choice between multiple programs and often don’t have the resources to immediately walk away and live on their own. Given all that, it seems that any contract that asks someone to give up what is legally considered their basic human right and where there is no real choice available, can’t possibly be considered valid.

When asked for comment, Nick Simms (Director of Quality Management for the Department of Mental Health based in Western Mass) offered:

“Certainly, people have a right to personal possessions. If an individual feels this right has been violated, we urge them to file a complaint through the program’s human rights officer or through DMH. The matter will then be referred to the person in charge of the program to conduct a fact-finding and to try to resolve the issue.”

If your access is being restricted to your personal belongings (cigarettes, food, soda, computers, cell phones, clothes, etc.), here are some other actions you can take: