In December, 2012, we printed an article called ‘Mandated Reporter: A Common Misconception,’ in which we discussed the true definition of ‘Mandated Reporter,’ as well as the common misunderstandings around the who/what/why/where of mandated reporting responsibilities. 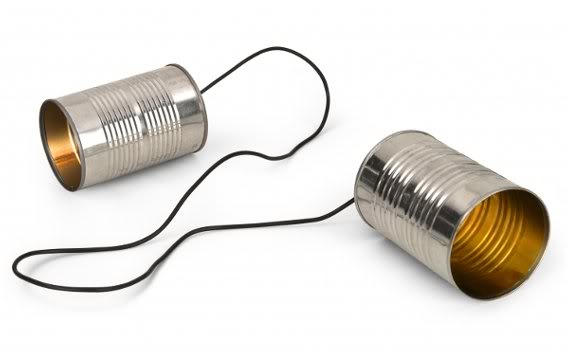 However, the article was brief, and since that time we’ve heard of many instances where people have continued to struggle with or have disagreements about this law and who it affects. In fact, we have heard about disagreements that involve people working in peer roles, people in provider roles and even professors at local colleges who have misunderstandings about mandated reporting! Hence, we wanted to re-visit it and offer a little more detail.

Many people believe the following MYTH: When someone talks about hurting or killing themselves or someone else, Mandated Reporters are responsible for reporting that.

This is NOT accurate.

Suicide, self-harm and harming others do not fit under the Mandated Reporter law. We will come back to this point, but first, let’s look more closely at what ‘Mandated Reporting’ *is.*

To Whom is abuse reported? A Mandated Reporter may report abuse to their supervisor or directly to the appropriate agency. The employee or supervisor is then responsible for reporting the abuse to the designated organization. There is a 24-hour hotline available for each group as follows:

What is considered ‘reportable abuse’? Reportable abuse includes physical, sexual and emotional abuse. It can also include financial abuse (misuse of a person’s funds), neglect (failure to attend to basic needs), and general mistreatment (isolation, physical and chemical restraints, and so on).

Who is a Mandated Reporter? According to the Massachusetts Disabled Person’s Protection Commission (DPPC) at www.mass.gov:

“Mandated Reporters are persons who, as a result of their profession, are more likely to be aware of abuse or neglect of persons with disabilities. Mandated Reporters are required by law to report cases of suspected abuse to the Disabled Persons Protection Commission (DPPC) when they have a suspicion that a person with a disability is suffering from a reportable condition of abuse or neglect.” These include (but are not limited to) employees of the Department of Mental Health; People employed by private agencies providing supports to people considered to be disabled; Doctors, nurses and medical interns; Hospital personnel; Dentists; Psychologists and psychiatrists; Teachers; Day care workers; Probation officers; Foster parents; Police officers.

Mandated reporting should be taken seriously, and was established to help address serious instances of abuse. However, this law simply does not apply to issues where someone is talking about hurting themselves or others.

What about Suicide and Other Types of Harm? Suicide, hurting one’s self and hurting another person do not fit into the above definition of reportable types of abuse for a ‘Mandated Reporter,’ and thus do not apply to the Mandated Reporter law or role.

We are not suggesting that people should ignore these issues or not talk to someone about them. There may be other reporting requirements on certain individuals. For example, under section 10 of Chapter 19, in Massachusetts General Law, the Department of Mental Health is obligated to report felonies “committed by or upon any person in the care of a particular facility.”People may also feel compelled to take certain actions based on the Code of Ethics of their particular licensure, and some states (New York, for example) have enacted new laws pertaining to clinicians reporting people who are perceived to be a threat in some way. However, a much more complex and thoughtful conversation is often indicated.

What’s the difference? Why is this so important? There is no flexibility to the mandated reporter process. It is a law and out of the control of any one organization, and there are serious penalties for not following through (including fines up to $1000). However, while particular organizations may have their own policies about how to handle concerns around suicide and so on, there is a conversation to be had. If you feel that a particular organization’s protocol or typical response to these situations needs updating, there is room to raise that issue and offer your thoughts and wisdom. At some point, their existing protocol came out of an organizational conversation and decision, and that same process could potentially lead to a new or updated response.

Susan Sprung, Director of the Central West Area of the Department of Mental Health, agreed that ‘Mandated Reporter’ is a term that refers to abuse or neglect of those identified as disabled, children or elders and added the following: “The term ‘mandated reporter’ can be problematic when there is no mandate. It is important to use discretion when faced with difficult situations and to understand your responsibilities. The complexity of this issue is absolutely worthy of broad conversation within organizations with the goal of increased understanding of what is required and what is not.”

When people talk about hurting themselves or someone else, sometimes they are just venting or trying to find a way to voice how much distress they are in. Other times, they’re just saying what they’ve been trained to say in order to get the response they’re looking for from a particular treatment system. It’s hard to know what they really want, need or mean unless we take the time to ask them and give them space to answer without jumping to pressing panic buttons or reporting. In the end, what we are most strongly suggesting is thoughtful conversation with everyone involved