There’s no such thing as ‘TAY.’ Well, okay, that’s not entirely true. Apparently, Tay is a river running through parts of Scotland. Tay also seems to be the name of a skincare line. There’s even a Tay Township in Canada. But what on earth is ‘TAY’ in the context of the American mental health system?

TAY, of course, stands for ‘Transitional Age Youth.’ As such, whole groups of people between the ages of 16 and 25 (or thereabouts) get boiled down into the ‘TAY population,’ or even just, ‘the TAY.’   Likewise, places intended for young people in the mental health system sometimes get boiled down into ‘TAY centers,’ or ‘TAY programs.’

This is but one of the more recent signs of a disturbing, long-term trend to boil people down into labels that are clearly tied to the fact that they have been given a psychiatric diagnosis and are considered a ‘consumer’ of state mental health services. However, we need to keep asking ourselves, ‘What’s the point of this habit?” And, “What impact does it have on the people that we label in that way?”

The reality is that some people won’t be bothered by any label you give them. They may even get annoyed when you bring the topic up, and see it as a waste of time. However, for others, it will feel really hard to be talked about as an object or a thing. Some may take that label on as their identity and may ultimately be held back from moving forward and beyond the system as a result. There are many possible results, but perhaps the most important question should be: Who on earth would ever be HELPED by being referred to as a ‘TAY’? And, if there is no good answer to that, then we need to continue to find a different way to talk about one another.

This conversation is not really about the acronym-turned-word, ‘TAY.’ It’s about all the labels of the system and how we are encouraged to talk and think about one another and ourselves. In our effort to move this conversation forward, we have created a brief survey seeking your opinion on words in the system that hurt and how we can make change and move forward together. This survey will be available through the end of 2013 and EVERYONE (people who have or are receiving mental health services, people working in the system, doctors, families, friends, etc.) is encouraged to participate and share the survey with others. You can find the survey here: 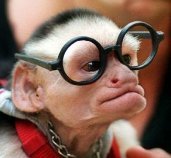