Advocates, Inc. was founded in 1975 on the grounds of Westborough State Hospital. At that time, they were made up of a group of volunteers who were providing rehabilitative services.

As of 2013, Advocates has become one of the largest human services organizations in the state.  They employ over 1000 staff members and serve over 20,000 people across Eastern and Central Massachusetts (including Community Based Flexible Supports, Emergency Services,Therapy and Medication clinics, and so on). 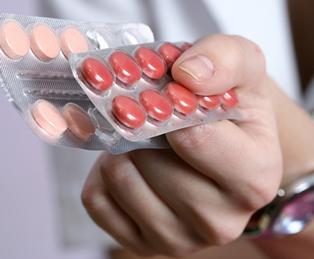 So, when Advocates decided that they were going to take a hard look at their practices around accepting gifts and free samples from pharmaceutical representatives, the path that lay ahead of them was neither easy nor smooth.
Potentially, they could have taken a very top down approach and had one or two people in a leadership role proclaim a new policy and expect everyone to follow it. Certainly, that would have been easier in some respects, given their size and diversity of responsibilities. But, this was not their way and not likely to lead to the most ‘buy-in’ of any change that would ultimately be proposed.

Instead, they developed a much more inclusive process that involved the following distribution of the following reading material for discussion:

It also included group review of the following websites:

to read the rest of this article, please click below

Most importantly, the process included dialogue about what they found in all this material and about their history, their belief systems, their values, their frustrations, their commitment to the people they are supporting and how they want to move forward. Along the way, they’ve had periods of great success, and also some bumps along the way. For example, in the last year pharmaceutical reps have begun to pop up again at their clinics, and the practice of accepting free samples continues and is still being debated. However, they are working hard to continue their dialogue and renew their commitment wherever it has slipped. Most importantly, they serve as a great example of what can be accomplished when organizations are able to take the time to explore and find shared values.