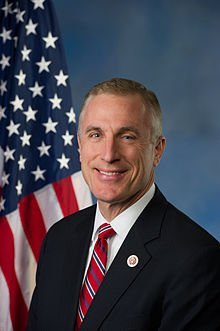 Background:  Murphy holds a PhD in psychology, Has worked as an assistant Professor of Psychology at the University of Pittsburgh, and has co-authored several books (e.g., ’The Angry Child’).

Why People are Listening To Him:

Why People Might Want to Think Twice About Listening To Him:

For more about Tim Murphy, see his Wikipedia entry here.