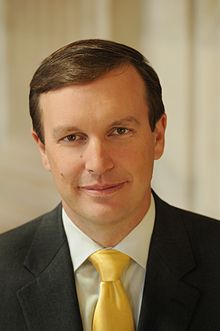 Background:  Murphy graduated from the University of Connecticut School of Law.  He has had a relatively lengthy political career both as campaign manager for other politicians and holding elected office beginning in 1997 when he won a seat on the Planning and Zoning Commission in Southington.  He also held a seat in the House of Representatives before moving into the Senate.

Why People are Listening to Him:

Why People May Want to Think Twice About Listening to Him:

For more about Chris Murphy, see his Wikipedia entry here.