I write this on behalf of the Western Mass Recovery Learning Community (RLC). I also write it as someone who was quite directly impacted by a school shooting that took place back in 1992 at Simon’s Rock College in Great Barrington, Massachusetts. That shooting happened 20 years to the day before Newtown. I knew both the person who perpetrated the violence, and one of the people he murdered, Galen Gibson, who was in my entering class of 27 kids in the winter of ‘91.

My message is simple: This violence cannot be blamed on what society calls “mental illness.”

On August 5th, CBS News published an article detailing the number of mass shootings to date in 2019: 255 shootings in 217 days. (At least) three of them took place in just the last week, resulting in a total of 34 fatalities and another 66 injured. Investigations into each incident are underway, but we’ve already learned that the young man in California had a target list that included various religious institutions, the young man in Ohio had a “rape” list that included women who’d turned him down for dates, and the young man in Texas cited the “Hispanic invasion” as part of his motivation (while also praising the young man in New Zealand who intentionally targeted Muslims). Technically, only two of the three met the threshold of “mass shooting,” because the Federal Bureau of Investigations (FBI) has declared there must be four fatalities in a single incident in order to qualify. Meanwhile, Donald Trump gave a nod to racism and white supremacy (without acknowledging his own contributions to the same), then moving on to suggest that people with psychiatric diagnoses should be “involuntarily confined” to “prevent mass shootings.” His remarks cited the “mentally ill monsters” that must be stopped.

But, this violence cannot be blamed on what society calls “mental illness.”

When examining how we landed here, I’d posit that there are (at least) three parts to the formula: Who, what, and why. The ‘who’ is how these mostly young white men arrive at their targets. I certainly don’t have all the answers, but it seems obvious that when hate and alienation build up, people tend to seek out the easiest scapegoats; those that even people in power have continuously exploited or derided. Trans people. Queer people. Individuals with black and brown bodies. Women. Those that often have even less than the people just barely staying afloat, but somehow have been painted as their biggest threat by those that have the most. We seem to be living in a time and a society where people who were taught from an early age that the world should be theirs for the taking are angry at how much power they fear they might not have, and so feel empowered to “punch down” at anyone they think might be a further threat to their power while also being an easy target by which to try and grab some of that power back.

And so we see this violence cannot be blamed on what society calls “mental illness.”

That brings us to the ‘what.’ The United States ranks number one in gun ownership across the world. Their numbers of guns owned per capita are almost double that of the second and third ranking countries, Serbia and Yemen. We land at a mere 28th in the world for deaths by gun violence (though second in numbers of people killed by guns, with significantly lower numbers than (for example), El Salvador, Honduras, and Columbia. That still lands us with more deaths by gun than many nations of which we tend to be critical, such as Afghanistan, Iraq, and Iran. And, while the gun lobby still can’t compete with the pharmaceutical lobby (at over 281 million dollars spent in 2018!), they nonetheless break the top 100 at over $5,000,000. I mentioned the school shooting at Simon’s Rock at the start of this statement. 25 years after it happened, Galen’s father, Gregory, came 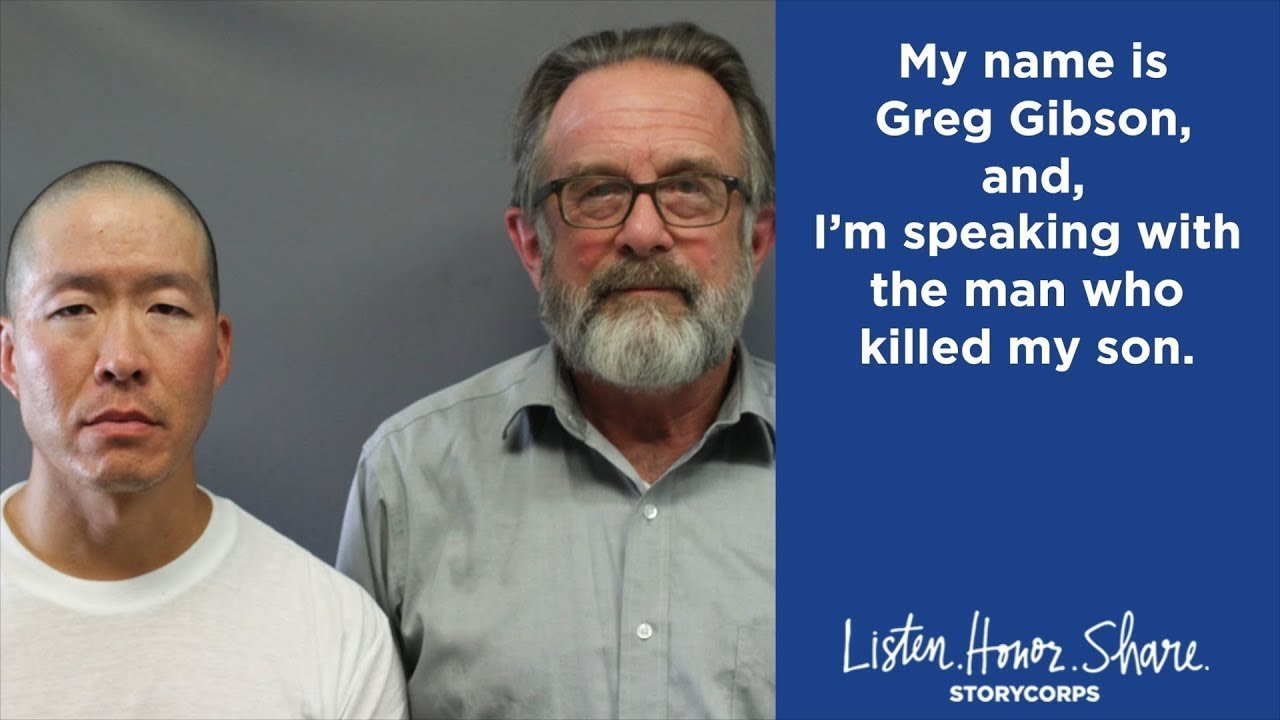 together with the individual who murdered his son – Wayne Lo – to make a video about just how easy the gun and ammunition were to acquire. In that conversation, Wayne shared that this was his first time ever purchasing or shooting a gun.

I repeat: This violence cannot be blamed on what society calls “mental illness.”

It’s not as simple as access to guns. It never is, and it never will be. In order for the “access to means” to become deadly, there must not only be a target, but the intent to make it so. This brings me to our ‘why’ which is complicated. Some have claimed the ‘why’ is due to boys being raised without fathers, but that statistic is inaccurate and misrepresented (primarily a slightly less-direct-than-some swipe at women and families with two mothers or anyone who might be gender non-conforming). There are several other theories, as well, but what does seem to hold up best is the link between these incidents and significant childhood exposure to trauma. Domestic violence, poverty, and so much more.

But, the research is clear: This violence cannot be blamed on what society calls “mental illness.”

In their ‘Spotlight on Mental Health’ series, the Boston Globe feverishly manipulated statistics to make the correlation between psychiatric diagnosis and violence appear much higher, and did little to nothing to fairly explore the difference between correlation (two things seemingly occurring at the same time) and causation (the idea that those two things occur at the same time because one led to the other). They’ve continued the trend of scapegoating people with psychiatric diagnoses even as recently as when they publicized Wayne Lo was ‘hearing voices’ when he shot Galen and others at Simon’s Rock in a 2019 piece, as if that provided an explanation for anything at all. (Wayne has been clear that he was not hearing voices at the time.) In reality, as is often cited, people so diagnosed are far more likely to be the victims of violence than the perpetrators. In fact, one relatively recent meta-analysis found that in order to prevent one deadly act of violence against a stranger by someone with what is seen as one of the most severe diagnoses, schizophrenia, 35,000 other people with the same diagnosis and who are assessed at being “high risk” would also need to be detained. And this still fails to account for whether the diagnosis was somehow related to the cause, or simply also present. Meanwhile, when violence does happen at the hands of someone with a diagnosis, research has also found that the majority of those incidents occur within an institutional setting (group home, etc.), raising questions of the impact of loss of control and power (as opposed to ‘mental illness’ once again). But what has happened with these shootings – and continues to happen over and over – is terrifying, and people want answers, even if those answers come in the form of only the illusion of safety.

And so, while violence cannot be blamed on what society calls “mental illness,” I understand why people want to believe it can be.

None of us want to face the reality that our lives and the lives of those we love can be taken at any moment. No one wants to deal with the chaos of walking around in a world we can’t control. Many of us would prefer someone to tell us “it’s going to be okay,” that we can get things in order, that we know whose fault this all is, and that the one(s) at fault isn’t us. Can’t ever be us. Even if that’s a lie. And, too few of us seem to feel up to facing the difficult task of changing the things that really matter; That would truly make a difference. Racism, poverty, misogyny, xenophobia, and so many other societal ills. Too many of us would rather reach for the easy (non-)answers so we can check off that box and go back to living our day-to-day lives.

But we can do better, and we must. Like so much else, we can find the answers in relationship, in community, and in courageous truth seeking that will likely demand some change from us all. As a first step, I ask that you pledge to speak up whenever you hear someone taking the easy way out and placing blame on already marginalized groups. If you choose silence, you choose complicity. And, please also bear in mind that while violence cannot be blamed on what society calls “mental illness,” we certainly should be concerned about how all this violence is impacting our collective emotional health. Together, we can change the who, what, and why. There is strength in together. I hope that you will be strong with us.

Other relevant statements and articles:

Statement on recent gun violence from the American Psychological Association

Article: No, It’s Not Because He was ‘Mentally Ill’: Why Tragedy Struck in Orlando

Statement from Western Mass RLC on 2018 Pittsburgh and Kentucky Shootings

Article: Dear Boston Globe, You are the Failure You Describe

Article: Dear Boston Globe, Part IV, A Taste of Your own Medicine

Article: Dear Boston Globe, Part V, Thanks for Nothing