The RLC now offers a new ‘STOP THE MURPHY BILL’ website page including: 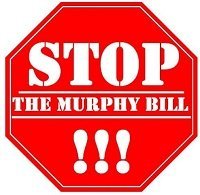 The website page can be found by clicking HERE.

More on the Bill:

In early June, an updated version of ‘Helping Families in Mental Health Crisis’ Act (HR 2646) was re-introduced by Representative Tim Murphy of Pennsylvania to the United States Congress. Not surprisingly, the response to this controversial legislation has been mixed. The National Alliance on Mental Illness (NAMI) has fairly consistently come out in favor of bills that prioritize families and attempt to implement measures that increase access to force over their struggling relatives. In fact, the New York chapter of NAMI gave Murphy an award for his legislative advocacy just last year (following the release of the first version of the Murphy Bill). Fortunately, those in opposition took that opportunity to get vocal and protest the award ceremony, gaining some publicity for the efforts to prevent the Bill from passing.

NAMI now continues to show support as demonstrated by a letter from their Executive Director, Mary Gilberti, to Murphy himself (available by clicking here) congratulating him for taking steps to “improve mental health treatment, services and supports across the United States.”

NAMI’s letter was disappointing, but not a shock. Much more surprising was the testimony of Paul Gionfriddo (new President and CEO of Mental Health America (MHA) at the recent Murphy Bill hearing. MHA had previously been known for its consistent (and even outspoken) opposition to the Murphy Bill and other force-related legislation. Gionfriddo, however, is best known for using MHA as a platform from which to promote the idea of ‘four stages of mental illness’ and authoring a book (“Losing Tim”) where he details his own son’s experience with psychiatric diagnosis and homelessness. It would appear that, in his testimony, he spoke not only for himself, but also for MHA (an organization with historic roots in the movement) when professing his “full support.” His testimony is also available on our website: http://www.westernmassrlc.org/images/stories/Testimony-HE-Gionfriddo-H.R.2646-Mental-Health-2015-6-16.pdf.

Fortunately, several other powerful organizations are speaking up in  opposition against the Murphy Bill. These include (but are not limited to):
There’s also a powerfully written petition making the rounds as developed by the Campaign for Real Change in Mental Health Policy. The text of the petition reads as follows:
“The Helping Families in Mental Health Crisis Act (H.R. 2646), introduced by Representative Tim Murphy (R-PA), is a sweeping bill that promises “reform,” but would actually return the nation’s state mental health systems to many of the failed policies of the past.
A link to this petition, statements from all the previously mentioned organizations, and a variety of other blogs and information is available at:

Together, we can STOP THE MURPHY BILL!