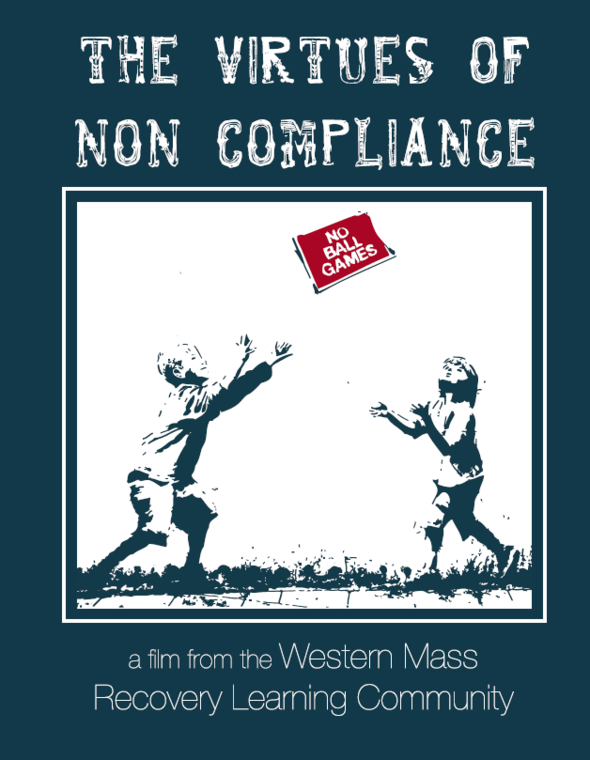 The current-day mental health system has been shaped around the idea that people who have been given psychiatric labels suffer in a way over which they have no control and that often results in an inability to care for one’s self.  It is an approach that encourages the idea that professionals need to step in to be the experts and determine someone’s human potential.  These beliefs have also influenced other aspects of our culture to the point where news, movies, friends and family tend to perpetuate the message that we are chronically sick and need to re-adjust our hopes and dreams.

In some instances, people have been told they won’t be able to handle living on their own, going to school, working, getting married or having children.  Many have been told they need to take medications, even if they leave them numb, and participate in programs that treat them as if they are children.

The Virtues of Non-Compliance talks back to all those ideas in the voice of people who have been there, who have been told they can’t, and who have gone on to live their lives on their own terms.