Check out this new article in “Foreign Policy”, featuring the RLC’s own Marty Hadge and Caroline White, and our Hearing Voices work. (We don’t love the title, but there’s lots […]

There has been a recent trend of attempting to diagnose Donald Trump as ‘severely mentally ill’. Some are using it as an opportunity to make fun of him. For example, […] 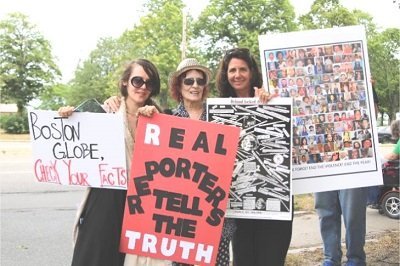 On Monday, August 1, more than 140 people from all around Massachusetts gathered at the Boston Globe’s offices in Dorchester to protest their ‘Spotlight on Mental Health’ series, and hold […]

We’re excited to share that the Western Mass RLC has made some high-profile appearances in the mainstream media this past month. The first was in a New York Times article, […] 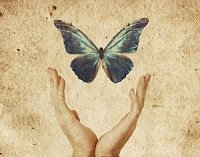 In 2015, the state of Massachusetts added a 6th ‘Fundamental Right’ to the five that were already in existence (click here to read about the other 5). All six Fundamental […]

On Wednesday, June 15, the House Energy and Commerce Committee unanimously voted to approve a reviewed version of the ‘Murphy Bill’ (also known as the ‘Helping Families in Mental Health […]

On August 12, 2015, the U.S. News published an article about the Murphy Bill. Sera Davidow of the RLC is quoted in the article several times speaking to how the bill will impact people’s […]

On November, the Times Union published an article called “Troy event explores alternative views of mental health; Filmmakers provide perspective of people with direct experience“, about the RLC, our films, and […]

Mad in America published an interview with our own Sera Davidow in September of 2014.   The interview, called “The answer is that there is no (one) answer“, covers topics […]

On Thursday, June 4, 2015 the Helping Families in Mental Health Crisis Act was re-introduced by Representative Tim Murphy of Pennsylvania. It is also known as H.R. 2646 or, perhaps […]

On Thursday, June 4, 2015 the Helping Families in Mental Health Crisis Act was re-introduced by Representative Tim Murphy of Pennsylvania. It is also known as H.R. 2646 or, perhaps […]