Asking People to Leave Their Residences During the Day:

It can be deceptively easy to fall into patterns,
and do as we have done, without always taking
the time to wonder why.
However, in an era of mental health services where ‘person centered’ and ‘recovery-oriented’ approaches make up some of the most prominent initiatives, it’s vital to examine our day-to-day practices on a regular basis. Comparing practices against values can be challenging, as it often calls upon us to change habits, and sometimes fairly embedded organizational cultures, and invest dollars and time that might not particularly exist to be invested. One relevant issue that has arisen repeatedly over time is that of people being asked to leave their program residence during particular hours of the day. 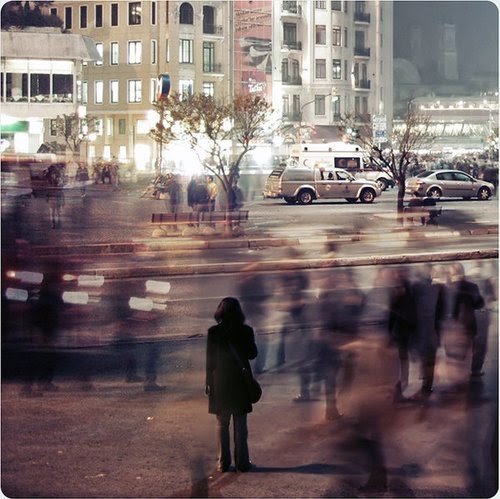 The question: Is it okay to ask people who are paying rent to live in a program residence to routinely leave between set times every (or any) day of the week? Is it a human rights violation?
The short answer: No, it is not okay. Yes, it is a violation of
someone’s basic rights to live and be in their own home.
But the full conversation is more complicated than that. To fully understand the question, it’s important to make an effort to understand why this practice may have come into being.
When asked why residences are sometimes shut down during the day, the three most common answers seem to be:
please click “read more” to read the rest of this article,
or see pages 4 and 5 of our full newsletter, available here.

Point 1 – Concerns of Isolation: Clearly, although it may be extremely valid to worry that someone is spending all of their time in their bedroom, worry does not justify force.

Point 2 – Participating in Treatment: Although mental health services are largely considered voluntary, often people are given choices between a particular program and homelessness, jail or some other option that feels like a non-option. Thus, it’s hard to regard signing of contracts under such circumstances as wholly binding, especially if certain terms in the contract could be considered violations of one’s basic human rights.

Point 3 – Not Enough Funds to Cover Staffing: This is valid, but points to the need to advocate for increased funds than a justification for force. It also assumes that the same people often forced to go out unsupervised, could not just as easily stay home alone.Most importantly, when we talk about recovery-oriented, person-centered services, we can’t assume that the timeline by which someone might decide they trust people enough to emerge from their room or engage with a therapist will be the same as another’s or that the timeline can be dictated by the provider. We also can’t assume that ‘engagement’ will include the same components or occur between the same hours of the day from one individual to another.
In 2012, the Disability Law Center (DLC) released a report called, “Unfinished Challenges: A Report on Human Rights and Resources in the Community Based Flexible Supports Model for Delivering Mental Health Services.” In that report, they addressed many issues, including people being asked to leave their residences. Here were some of their findings:

“Though this issue varied largely throughout the state and from vendor to vendor, many individuals stated that they are not allowed to stay home during the day, even when they are sick. Many said there is no staff available, so they must leave in the morning and are not able to get back in until at least 3pm. Individuals are encouraged to go to clubhouses or other day programs, but even if they choose to walk the streets all day, they are not allowed to stay in their “home.” Many shared stories of times when they were extremely ill but were still made to get up and get out. Some houses require a note from a doctor before even considering allowing an individual to stay home.” (Page 19 of the report)

[The] DLC was told of a situation involving a man named “Joseph.” Joseph was extremely ill for several days and continually asked his group home staff to stay home, but they refused. Clubhouse staff became concerned and began monitoring his temperature. Joseph’s temperature became so high that Clubhouse staff brought him to the emergency room in Hyannis (three towns away). Joseph was admitted to the hospital with pneumonia in both lungs, and remained there for almost a week. Upon discharge he was required to use supplemental oxygen for nearly a month. Clubhouse staff believed this was clear neglect on the part of the group home staff. If Joseph had chosen to walk the streets all day instead of going to Cove House, he may never have received the necessary medical attention, and the result could have been tragic” – (Page 19 of the report)

Perhaps most importantly, the DLC asked for and was able to get a statement from the Department of Mental Health’s Deputy Commissioner, Cliff Robinson, who said:

“The Department has been working on two of the major issues DLC raised during the Project. First, they are discussing the problem with some programs locking refrigerators or snack cabinets, or looking to be able to do this. Second, they are also discussing the issue around programs which forbid people from returning home before a certain time of day.”

The piece further reports that, “According to Deputy Commissioner Robinson, DMH does not support these actions and is discussing these issues in order to come up with some clear guidelines that reflect the Department’s stance on them.” (Emphasis added – Page 23 of the report)

The DLC report concludes with a series of recommendations including:

“DMH should promulgate CBFS regulations that ensure clients are allowed to remain in their group homes when they choose and are not forced to leave during the day.” (Page 28 of the report)

Since that time, Deputy Commissioner Robinson has gone so far as to say that the Department is“working to ensure that we will have language in future CBFS contracts that specifically prohibits these actions.”

Ultimately, it’s important to understand that requiring people to leave their own home is a rights violation. However, it’s equally important to go beyond that and reflect on what we know about how people – how we all – learn and grow. Experience has repeatedly demonstrated that people – and particularly those who have experienced great trauma in their lives – need time to build trust. They need time and choices about how they move forward, and who they connect with to explore what they want to do and who they want to be. If we take the time to reflect, the vast majority of us will be able to think of times when we’ve seen someone blossom in beautiful and completely unexpected ways because they were given the space to do so. None of that is achieved by force or cookie cutter rules.

If you have experienced being routinely required to leave your residence during the day, possible steps may include contacting the Western Mass Department of Mental Health’s Human Rights Office (413.587.6260) or filing a DMH Human Rights complaint (form found here: http://www.mass.gov/eohhs/docs/dmh/forms/human-rights-complaint.pdf) and/or contacting the Disability Law Center (800.872.9992).