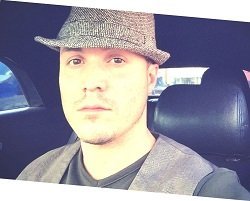 On Monday, September 11, we learned that our friends and allies at Arise for Social Justice lost a life in their community to violence.
Jafet Robles was found shot to death in Szot Park in Springfield. He was a father, activist, and community organizer who, like so many of us, used his own hardships and drive to survive to learn and help others. He was 33 at the time of his death.
Jafet grew up in the poorest part of the city, faced many struggles, and at 18 was sentenced to four years in prison for a drug-related crime. When he was released, he found his way back to school and then to work, with ARISE and Neighbor to Neighbor, where he worked to end mass incarceration through the Jobs Not Jails campaign, and fought for the communities and the
people most impacted by racism and other forms of marginalization and oppression.
He can be seen here speaking in a brief clip called,
“What do you want to be remembered for?”
(click here) 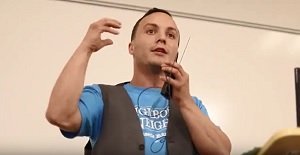 The loss of Jafet is a senseless tragedy for his family, his children, and his community. It’s not a time to use this loss to lift up any other issues or causes. However, it is an opportunity to remember his work and commitment, to reflect on our own humanity, and to offer support to one another and to Jafet’s family.